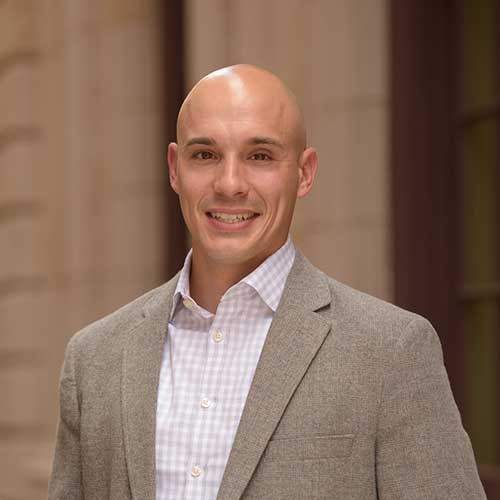 “I pride myself on open and honest communication paired with a tireless work ethic. I’ve taken this approach throughout my life and I strive to apply it to every client relationship.”

Brandt has been an attorney since 2012 and has devoted a substantial amount of his legal practice to counseling startups, financial institutions and other large and small businesses, as well as investors in each, in a range of corporate and securities law matters.  Prior to starting Penwell Bowman + Curran, Brandt spent five years working with a regional firm where he advised financial institutions in a number of matters, including:

Brandt also has significant experience advising start-up and growth stage companies in a variety of industries on various matters from formation to exit, such as:

When he’s not in the office, Brandt likes to spend his spare time with his wife, Danielle, son, Jax, and their pup, a chiweenie named Luci.  He enjoys DIY construction, cooking and time in the outdoors, whether it’s hiking, golfing, running, shooting or playing volleyball.